You may have seen this video. It’s a variation of Jay Leno’s “Jaywalking” segments, except that this is on a college campus.

It gets worse. This is from George Mason University, just outside the nation’s Capitol. The tip-off that something is seriously wrong is their failure to identify a stock photo of Ronald Reagan. Some think it’s Nixon.

They don’t recognize Joe Biden. I hope Biden has seen this.

This leads me to ask: “How good are America’s public schools?” The taxpayers have been cheated. So have their children.

The public laughs at this video, but nothing changes. Parents of $25,000-a-year college students think: “That’s not what my child knows. My child is well-informed.” Probably not, but even if the child really is well-informed, these students are the child’s peers.

These students are eligible to vote. A low percentage of them actually vote, compared to retired people. This is good news . . . for now. 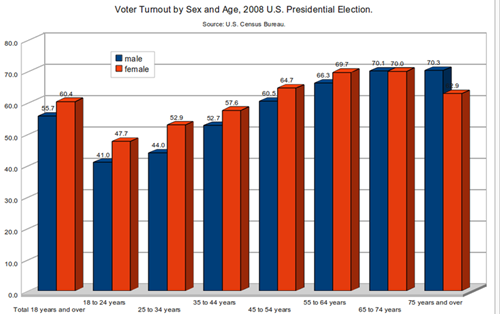 I teach American history for the Ron Paul Curriculum. Any student who survives my course will not appear in one if these Jaywalking videos. But it’s like putting kids into a root cellar before a tornado hits. They may survive the tornado of bad education, but what about the subsequent elections?

At my age, I can gauge my life expectancy by the number of Presidential elections ahead of me. How many more of these must I endure after this one? I figure three. I might get four. This is a depressing way to measure your time remaining. But it does make an actuarially premature death look more appealing.